Long trips are inevitable in the vast Australian landscape. But are electric vehicles up for the task? We spoke with David Cann, an experienced long-range electric vehicle enthusiast to answer just that.

A bit about David

David and his family live in South Australia and first made the leap to sustainable mobility with a Nissan LEAF around six years ago. The LEAF was always intended as a run around, so between the family they kept a number of petrol cars on hand for any long trips that the LEAF just wasn't up to. Since then they've done quite the opposite, the LEAF has driven many long journeys and their fleet has reinvented itself to accommodate a Hyundai Ioniq, followed by a Tesla Model 3 and soon (fingers crossed) a Tesla Cybertruck.

Okay, so what kind of distance are we talking?

Amongst the long list of interstate and remote area trips that David has to claim, one of the standouts has to be his 5,500km trip from Darwin to Sydney in "Tessie". Tessie was the first production electric vehicle to circumnavigate Australia without a support vehicle. After the historic journey, David caught up with Tessie's owner, Richard McNeall, during yet another long distance journey which would see the Tesla Model S travelling from Sydney to Darwin via the Red Centre. David jokingly offered to drive Tessie back to Sydney at the end of the journey... Before he knew it, David was in the driver's seat and on his way from Darwin to Sydney via Adelaide. 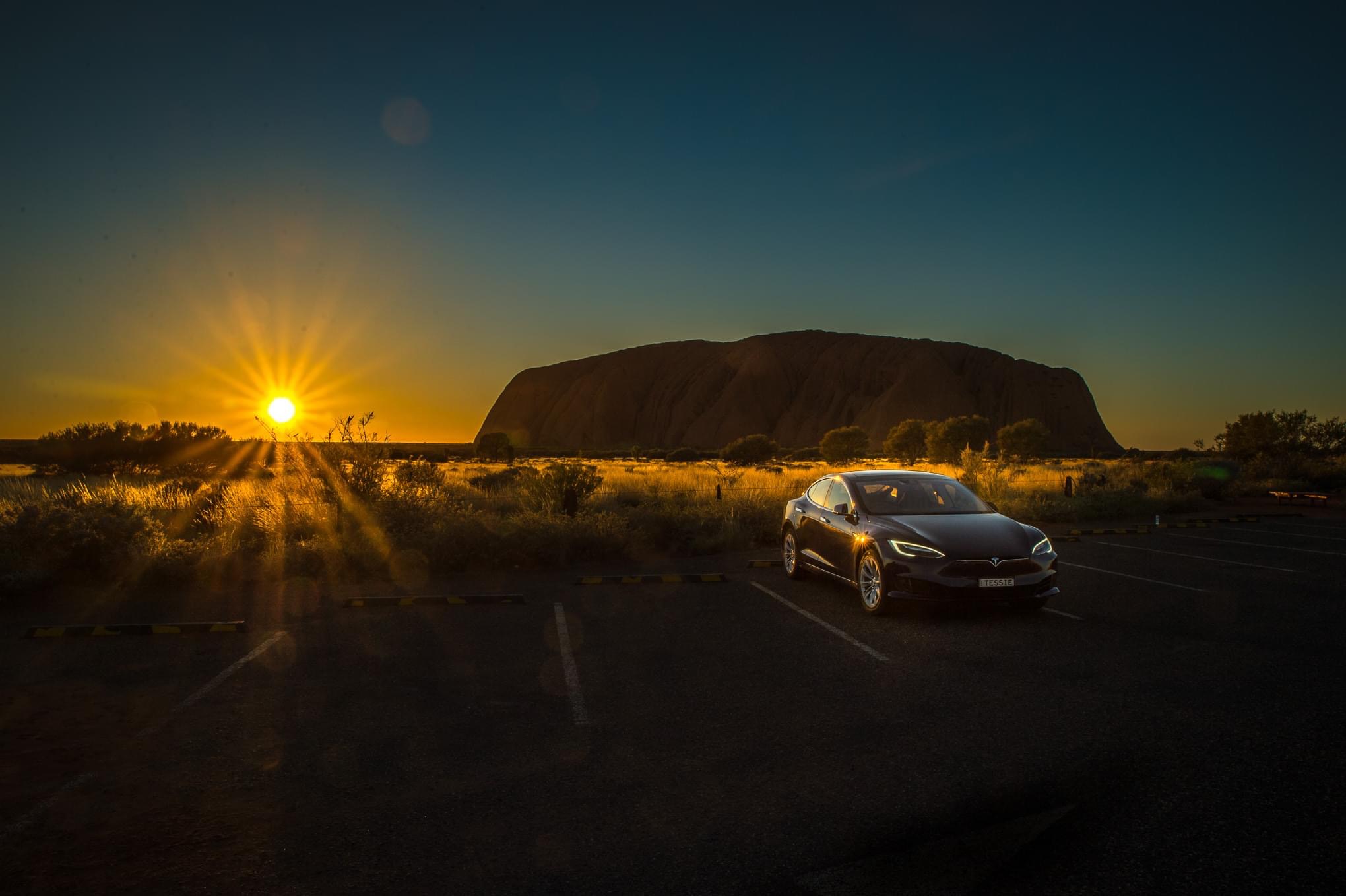 Uluru at sunrise with "Tessie", the first production electric vehicle to complete a round trip of Australia. 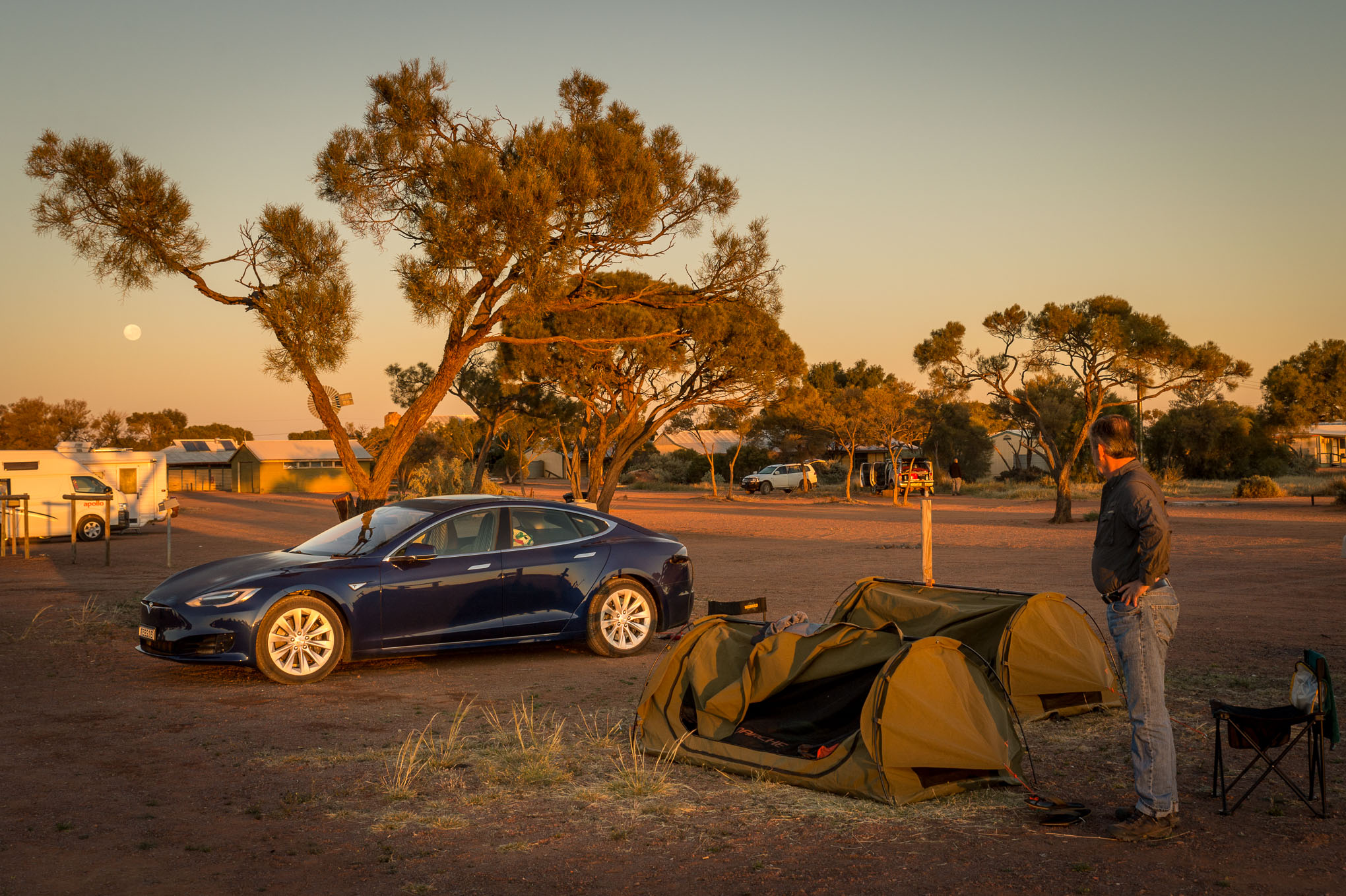 David's co-driver Ted and "Tessie" at a caravan park during their trip from Darwin to Sydney via Adelaide.

What advice do you have for other electric vehicle owners who are considering a long trip?

David and his family have driven all around Australia. He's crossed the Nullarbor and much more. Here's his advice for anyone planning a long trip in an electric vehicle:

The Cann family Model 3 and Hyundai Ioniq filling up overnight at a caravan park. 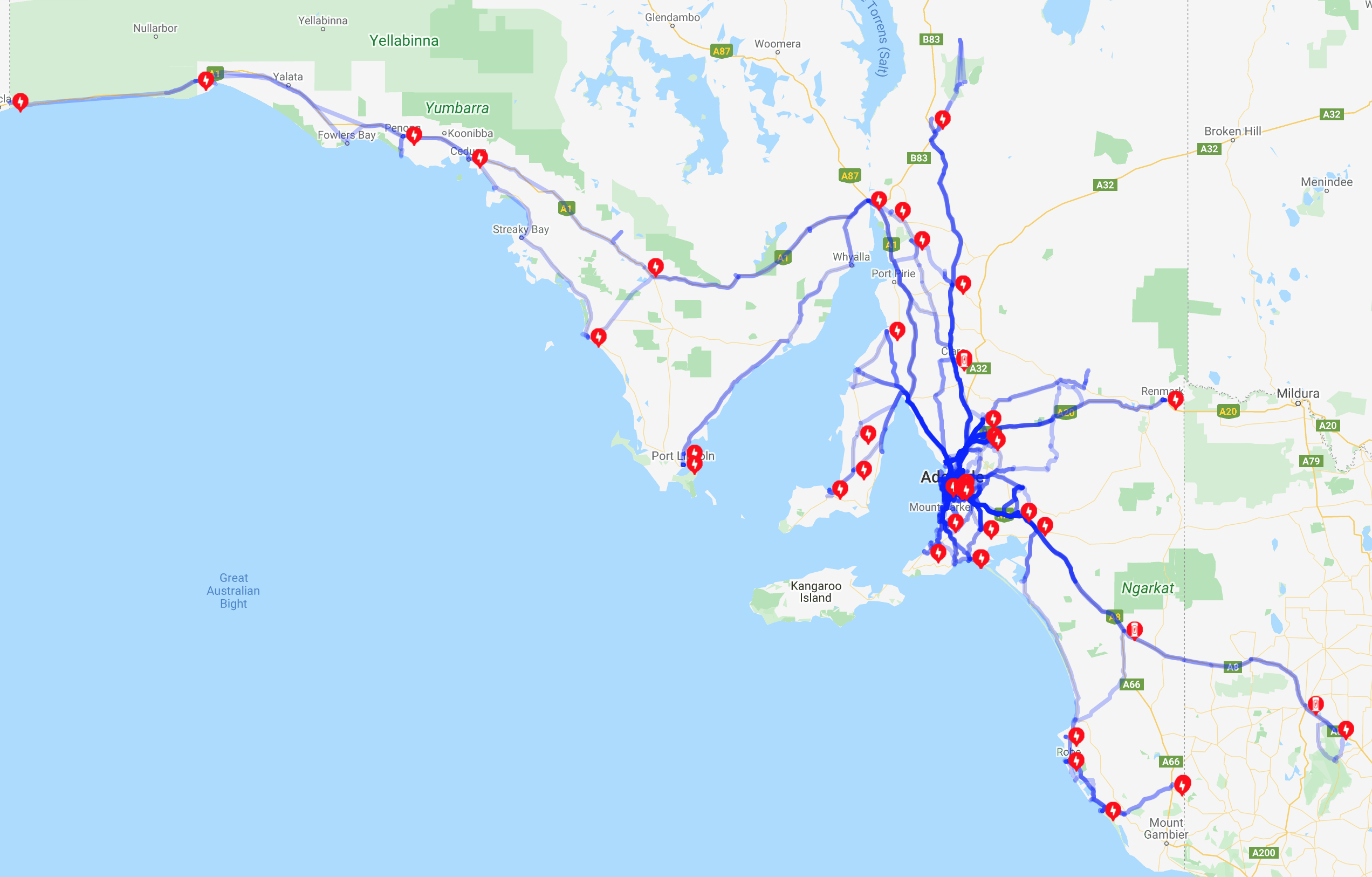 A collection of the trips travelled by David's Tesla Model 3. Captured using Teslafi.

Okay, what doesn't work? What are the challenges?

"It's all over for internal combustion engines"

That's what David said when he first drove an electric vehicle. Since then, he's proven that sustainable mobility can thrive in Australia's vast landscape and whilst there are challenges to face – with a bit of ingenuity – they can be overcome.

David's Tesla Model 3 on a dirt road in South Australia.