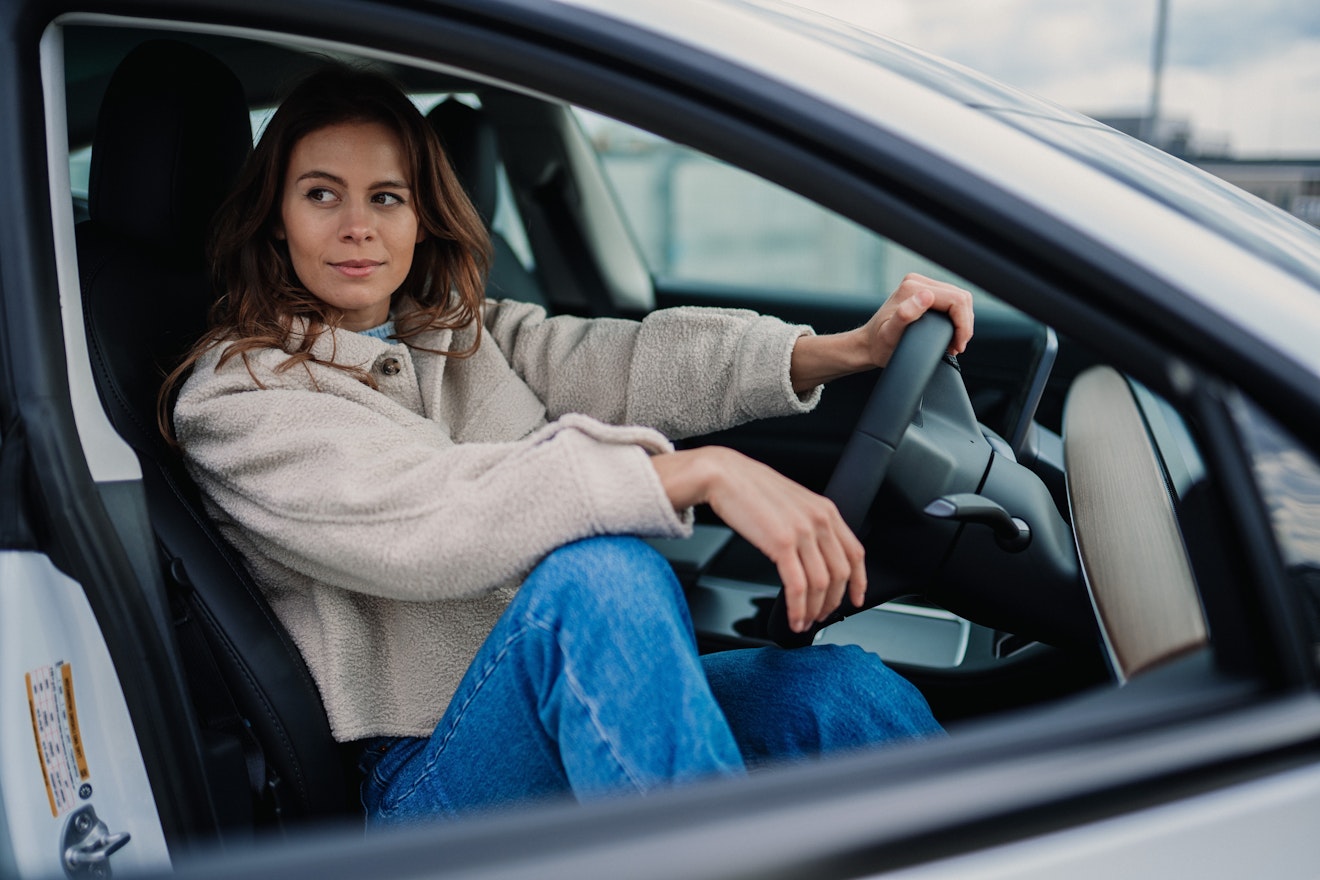 - and why they're wrong!
Despite the growing demand for electric vehicles in Australia, there’s still a lot of negativity and misinformation out there. Here are 10 of the most frequent myths, and why they're missing the mark by an electric mile.

There’s no longer any doubt that the automotive industry is going electric. A number of car manufacturers have already begun phasing out internal-combustion engines (ICE), with most automakers committing to produce only “electrified” cars (batteries and hybrids) and/or pure electric vehicles (EVs) within the next decade or so.

A handful of state and territory governments have also promised to help the transition with incentives and more charging infrastructure. These are only targets, and they could change — but the days of burning petrol or diesel in your personal car are drawing to a close.

But despite the growing demand for electric vehicles in Australia, there’s still a lot of negativity around going electric, fuelled by fear of change, and possibly by those with vested interests in maintaining the status quo. There’s a lot of misinformation out there, so here are 10 of the most frequent myths, and why they are missing the mark by an electric mile.

Today’s electric vehicles have, on average, a battery range of 480km. And technology is advancing so rapidly that some new models can drive up to 550km on a single charge.

For the average Australian, who drives roughly 38km per day, if they were to switch to an EV, they will be able to go at least 10 days without recharging their car. Unlike petrol and diesel cars, electric vehicles can be recharged at home or anywhere with access to electricity. And as the technology has advanced, the battery charging times have decreased and battery lifetime has been extended dramatically. 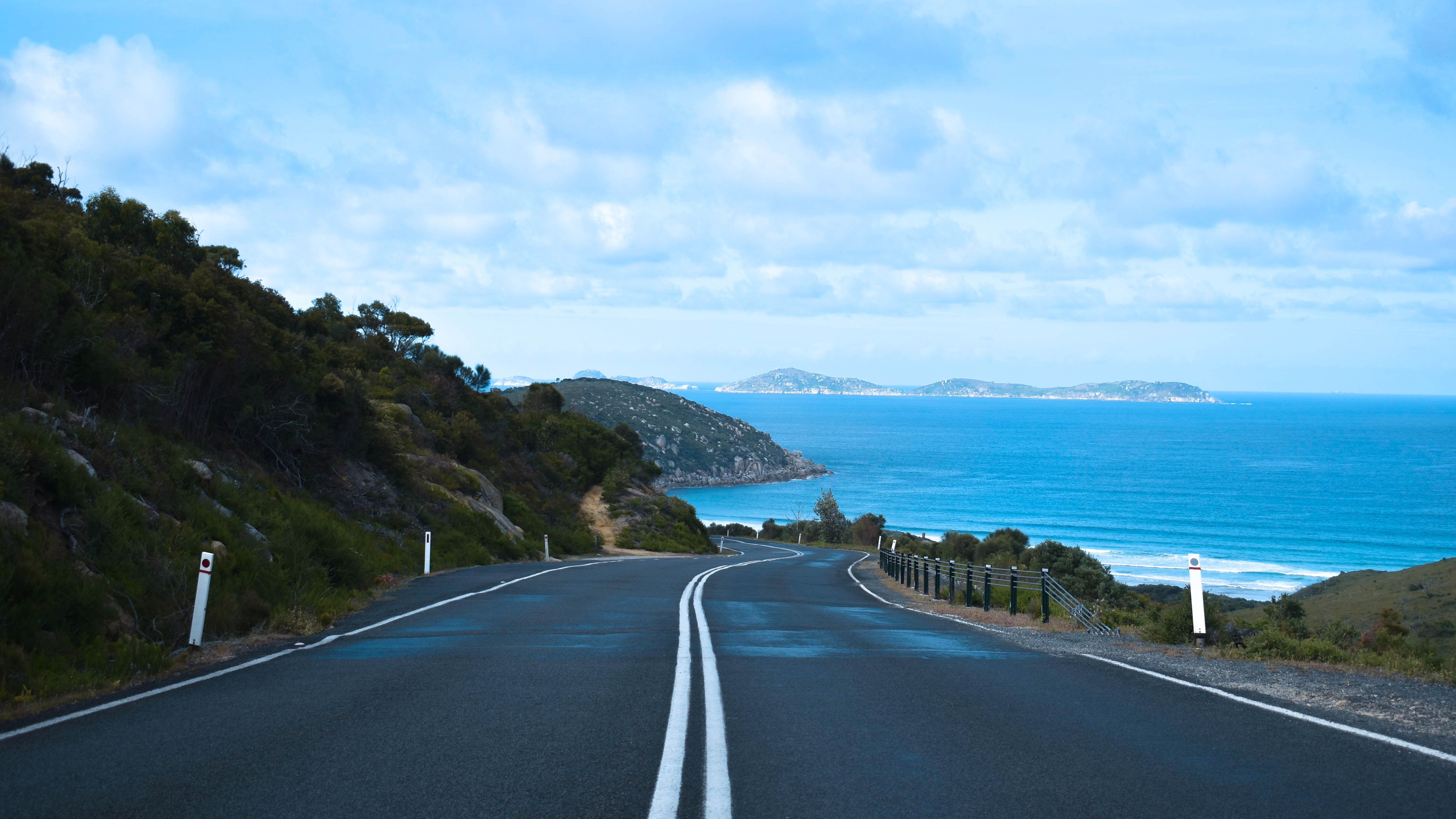 As technology advances, the time it takes to charge your EV is reducing rapidly. Residential chargers are able to fully charge electric cars in around six to eight hours, depending on the vehicle’s capacity. This means you can easily charge your car overnight.

And fast public chargers are able to get you back on the road much faster. Leave your car at a charger while you go to work or run a few errands and in three hours, it’ll be fully charged. Ultra-rapid chargers can add 300km of range in ten minutes.

Want to drive from Adelaide to Melbourne? No problem. Read our interview with Warwick Brown, which regularly drives this stretch of road and tops up only once for around 15 minutes!

3. There’s nowhere to charge an EV

Although globally 75 - 80 per cent of electric car owners charge their cars at home, there’s still a need for public charging infrastructure. Currently in Australia, these public charging stations are nowhere near as prolific as petrol stations, but there are more and more of them being installed every month.

Governments, private businesses and the NRMA are installing large charging networks on major routes across the country. Local councils are supporting their local communities to make the change by installing chargers in local public areas, such as libraries, community centres and shopping centres.

So, the charging infrastructure is expanding rapidly across Australia to meet the demand for electric vehicles. Check out the various websites and apps – including PlugShare – that provide regularly updated information on charging locations.

Did you know that Queensland’s Electric Super Highway is one of the longest electric super highways in the world? There are 31 fast-charging sites, connecting Queenslanders and tourists travelling from Coolangatta to Port Douglas, and from Brisbane to Toowoomba in a low or zero emission vehicle. 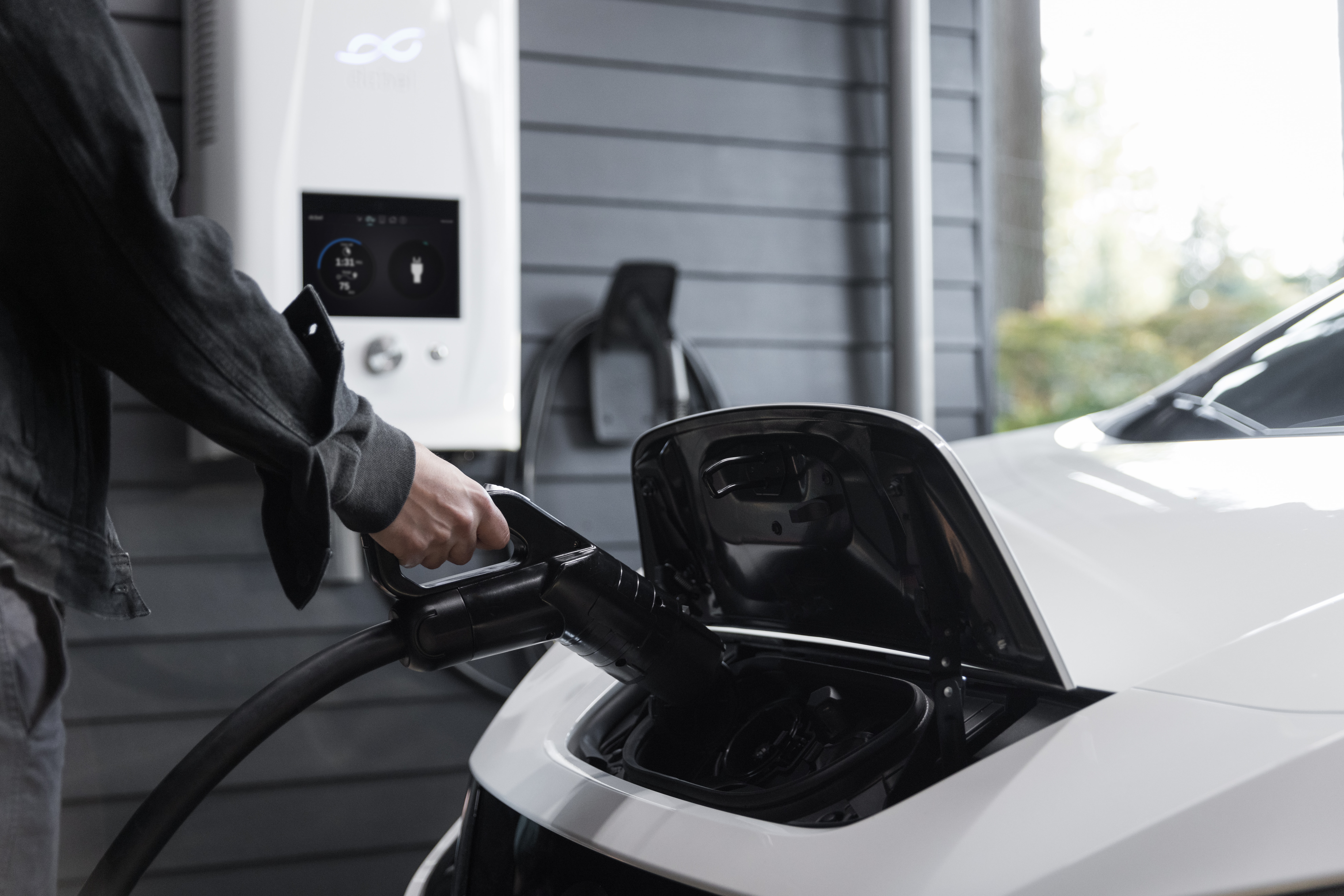 As competition, investment, innovation, and the second-hand electric car market increases, the costs of electric vehicles have continued to fall, while conventional vehicle prices stay the same.

The upfront price of an electric vehicle is currently more expensive than a conventional petrol vehicle, however powering your new electric car is much cheaper. This means that the average EV driver saves $1,600 on fuel and maintenance costs each year.

Electric vehicles are only going to become more affordable with time. According to Bloomberg New Energy Finance, the purchase price and operational costs of electric cars will be less than that of petrol-fuelled cars by 2022.

There’s also the flip side of the coin — the head of Mercedes-Benz, Ola Kallenius, recently warned that petrol vehicles will “soon start costing more to reflect the additional hardware and development required to have them meet stricter emissions regulations”.

Electric vehicles have lower running costs than your traditional petrol or diesel vehicles. Fewer moving parts mean that EVs require less maintenance. With an EV you don’t need to replace filters and spark plugs, change oil, or repair the transmission, head gasket or engine. In 2018, maintenance and servicing savings of an EV were estimated at $300-400 AUD/year.

Contrary to a popular myth EV batteries last as long as the lifetime of your car. Battery costs are continually falling. With current forecasts: today a 40 kilowatt (kW) battery (for example like that in a Nissan Leaf) would cost around $USD 8,000 to replace, but in 2030, the same battery is expected to cost $USD 2,800. Most vehicle manufacturers offer a 10-year or 160,000km warranty on batteries.

Another massive saving from EV ownership is fuel. Battery EVs don’t need any petrol or diesel and are charged with electricity. The average Australian drives 15,000km and spends around $2,160 on petrol per year ($0.14/km). An EV travelling 15,000km would cost around $600 per year ($0.04/km) in electricity costs. If an EV driver has solar panels, then charging is free! 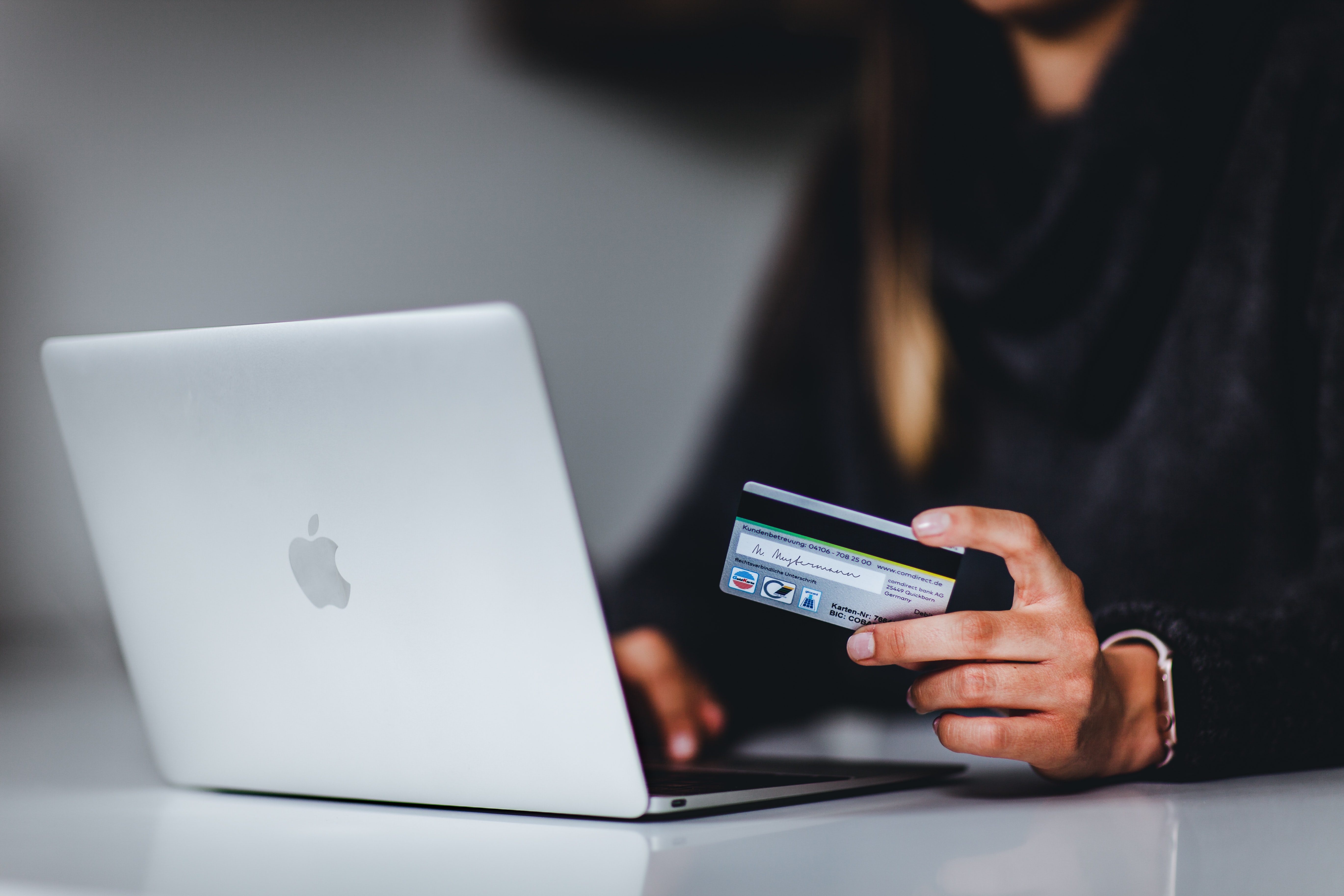 The fastest vehicles in production in the world are now electric vehicles. Unlike conventional vehicles, EVs deliver full torque instantly, which means that upon acceleration the driver experiences no lag, and they can accelerate much faster than equivalent combustion engine vehicles.

EVs also often have their batteries placed along the bottom of the vehicle, lowering the centre of gravity and providing better handling and cornering. If you’re a rev head, or simply love driving a powerful motor vehicle, then nothing beats an electric vehicle for performance.

7. EVs are a passing fad

Around the world, the EV industry is booming. Australia is lagging because of a lack of EV policy leadership from governments, but 2017 sales were still 67 per cent higher than 2016. As more and more lower cost EV models come on the market and hundreds of new chargers are built across the country, EV sales will likely continue to grow.

Most industry experts and industry research suggest 2025 will be the tipping point of electric vehicle (EV) adoption. But right now, major car brands are outpacing one another by continually launching new models featuring state-of-the-art technologies. Across the board, experts in green energy see widespread acceptance of electric vehicles replacing their petrol-fuelled counterparts.

Hydrogen and hybrid vehicles have seen more traction in Australia to date, but nothing beats the power and savings that come with an electric vehicle. 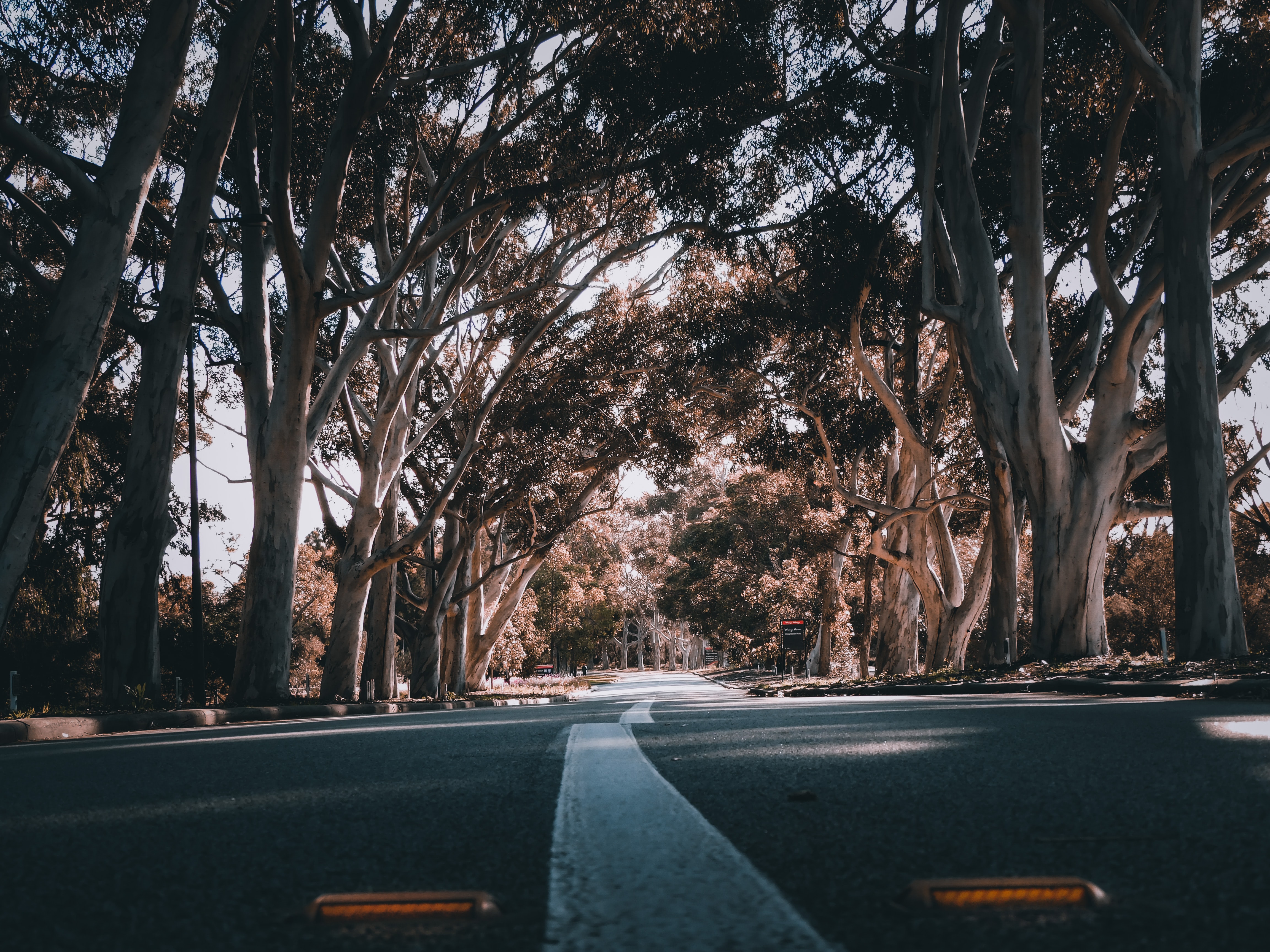 8. They’re just as bad for the environment

Almost everywhere around the world, EVs that are charged solely from grid power already produce less greenhouse gas emissions than equivalent petrol or diesel (ICE) vehicles. As the grid becomes ‘greener’, so do EVs. But Australia has the highest uptake of solar panels globally, with around 30% of homes with rooftop solar PV. As of 9 November 2021, more than 3 million rooftop solar PV systems have been installed across Australia. For these Australians, they can charge their vehicles for free and with zero-emissions by using their solar panels.

Additionally, electric vehicle batteries can be used well after the car’s end-of-life. Once a battery reaches 70 per cent capacity, it is no longer fit for use in a vehicle. However, vehicle manufacturers and private companies are leading the charge in battery repurposing and recycling, ensuring that zero-emission vehicles really have a low impact on the environment. The battery technology can already provide backup power for farms, microgrids, and weak rural networks. It can also be used in solar integration, community battery storage for residential solar, to boost EV charging capacity and as a potential replacement for diesel generators.

It’s important to note that electric vehicles increase flexibility around sourcing energy. Whilst ICE vehicles are reliant on either petrol or diesel, EVs can be charged from a whole range of energy sources: solar, wind, hydro, tidal, geothermal, natural gas, or even nuclear energy. The possibilities are endless.

9. Batteries are dangerous and costly

Driving a vehicle with a battery is no more dangerous than driving a traditional Internal Combustion Engine (ICE) vehicle. In fact, numerous studies have shown that lithium-ion batteries used in EVs are in fact as safe or even safer than conventional fuel, and that fires are less likely to occur in EVs than in ICE vehicles.

In Australia, Fire and Rescue organisations do not treat electric cars as any more dangerous than ICE vehicles.

10. EVs will cause blackouts

Managed correctly, electric vehicles will actually increase the reliability of the grid, while reducing the unit price of electricity for everyone — even those who don’t drive an electric car. New electric car technology is now enabling battery discharging, which means that during times of peak demand, EVs can put electricity back into the grid. This regulates the use of electricity and flattens peak demand, and ultimately reduces the chance of blackouts.

It’s important to note that there is excess solar energy that is 'wasted' every day through dialing down output. So much so, that there are negative prices in the wholesale market.  EV's could allow us to harness that energy, meaning that electric car owners could even be paid to take on energy during these periods. Check out what’s happening in South Australia.